Wife of Dwight and mother of Tommy and Donnie

Deborah "Deb" "Debbie" Turnbull is the wife of Dwight and the mother of Tommy and Donnie. She serves as a common housewife. Deb is a very kind and sweet woman to her family and is always looking out for them.

It's clear that Tommy gets most of his facial appearance from his mother, except for her red hair, including the square head and big circular eyes. The rest of her appearance consists of a pink (or red) midriff tank top, purple (or grayish pink) pants, and black boots in the first season, and then just black heels in the second.

Along with shared appearances, she and Tommy have almost identical personality traits, in that they're both the only two in the family with good hearts and (at least) normal intelligence. Although, despite the fact that she makes it clear that she loves him and the rest of the family with all her heart, she's more strict and stern when they step out of line, even though misunderstandings. Despite being of normal intelligence, she can still sometimes make rather oblivious mistakes herself, due to her rather naïve nature. 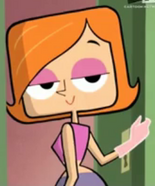 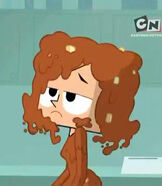 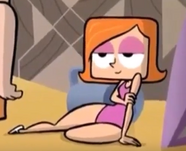 Debbi wearing a red tank top and grayish pink pants
Add a photo to this gallery
Retrieved from "https://robotboy.fandom.com/wiki/Deb_Turnbull?oldid=18850"
Community content is available under CC-BY-SA unless otherwise noted.