Gaumont Animation (formerly known as Alphanim, recent name acquired in 2013) is a leading, award-winning producer and distributor of children's entertainment that was founded in 1997 in France. The company has produced and distributes a catalog of over 30 kids' television series and 800 half-hours of animation broadcast in over 130 countries. They are one of the co-creators of Robotboy, alongside Cartoon Network, France 3, Cofinova 1 and LuxAnimation. Other popular titles are Dude That's My Ghost, Lanfeust Quest, Galactik Football and SantApprentice. The studio is currently in production of new episodes of Calimero, Noddy, Toyland Detective and a reboot of the 1960's Laurel & Hardy Cartoon series (in almost the same style as Robotboy). 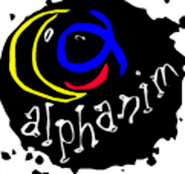 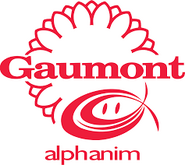 Gaumont Alphanim's fourth logo from 2007-2011, after Gaumont purchased the company

Alphanim's fifth logo from 2011-2013, when they were known as Alphanim - Gaumont Group

Gaumont Animation's sixth and current logo, from 2013-present
Add a photo to this gallery
Retrieved from "https://robotboy.fandom.com/wiki/Gaumont_Animation?oldid=15378"
Community content is available under CC-BY-SA unless otherwise noted.