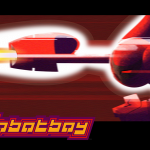 aka Fan of Robotboy and Animations!

Greetings I'm here to give only correct information's and absolutely no trolling. I don't want to sound boring, but at the moment I prefer to be anonymous right now. To those who wonder, I have been here on this Wikia years ago being known as Robotboyadmirer. Yes that is me, I've been trying to save the Robotboy Wikia for a long time and then I gave up due to the stupid vandalism. But thank goodness it is finally protected from the irrational vandalism and the waste of time trolls whom wouldn't let me finish the Wikia and now I can finally edit the show and it's derivatives. I'll be here as much as possible but for the moment it can get slow since I have other important works to do.

So far I try as much as I can to save this Wikia and fulfill with as much as information's I can but be patient, and please if there's any loyal Robotboy fans out there; don't wait and help this Wikia. I'll help too but I can't do this on my own.

BTW I do not wish to be a dork/jerk to anyone around here on the Internet and the Wikia, if there's any help you need then you can ask kindly if you need any advice about the show or for the Wikia. You can trust me.

Yes, I'm a Robotboy fanatic, I have loved that show since I saw the first episode. I know what some people have said to that show, but I don't give a crud about what they say. It isn't a God-awful show like the other cruddy cartoons we've had these years, though admittedly it was flawed but I won't make fun of it. It makes me wish that a show like Robotboy could have been a popular show that could deliver good messages. To those who still think he's a bad rip-off of Astro-Boy shut up immediately it's getting old and pointless, Robotboy could have been like an upgrade to that and as an influence but not a darn rip-off. And neither a pathetic Powerpuff Girls copy like a person one said. I'd say that Robotboy has inspiration from Genndy Tartakovsky's Dexter's Laboratory and a few other shows about robots.

If it could ever happen in my life (well I'm not sure but it's one of my dreams) I would definitely try as much as I could to revive Robotboy but maybe making a reboot. A reboot that I have always wanted to see Robotboy becoming into. Well let's just wait.

Favorite Sports: Badminton (not a professional but it's both fun and cheap!).

Answer: Robotman, Robot Girl, Brother, The Revenge of Protoboy, The Tune Up, Automatommy, The Return of Robotgirl.

Most Favorite Characters Aside Robotboy Himself?

My occupations on this Wikia

In case you see vandalized info's here report immediately to me to block the responsible.

I'm also a video editor and have been making videos for a long time along with Robotboy.

My current user is this:

UPDATE: You have my official permission to mention my real-life name.

Here's my username on Discord: RBSUSTARCO

Read more on these links:

After making a lot of RB videos in my life, I decided one day to create my very own yet fan-fictional Robotboy episode.

Read more about my Project on these links:

Or you can read these pages as well:

Any Official Title? My fanfic will be called: Robotboy: Attack of the Robot-Clones.

When will it be released? Hopefully it'll be done before this year's (2016) Christmas. If not then I will inform in case of delay.

Will it be animated? Yes but presented in a more "Storyboard" way, also mostly black and white and not fully animated.

Will you release it's script? After when the presentation is done, also to avoid spoilers.

UPDATE 2017-02-24: Due to production delays the project still remains unfinished, but fear not it is NOT ignored or screwed. Sorry if I'm giving a typical apology about delays but, I'm really sorry that it couldn't be finished before last years Christmas. The project took longer than expected but I still want it to happen, but again I'm asking you kindly to be patient as possible I'm really working as hard as I can. And as always: RB 4EVER!

After a little thinking and decision, I finally made up my mind to give you guys a link to my fan-fiction. It's called "Robotboy and the Titanium Quest" It's mostly about Robotboy, Robotgirl and the gang being caught by aliens and Robotboy must face it's evil and stop it once and for all.

Note that my English wasn't as good back in that time and I haven't fixed it entirely 100%, but hopefully you understand it well. Rating: PG for Sci-Fi violence.

Retrieved from "https://robotboy.fandom.com/wiki/User:Wikirentix?oldid=14492"
Community content is available under CC-BY-SA unless otherwise noted.